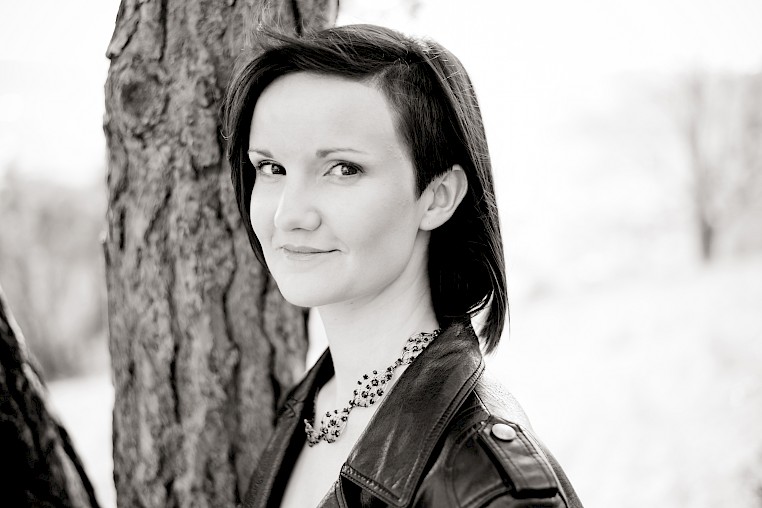 She had private lessons in composition with Rainer Bartesch und Graham Buckland. In 2016 she attended the Hollywood masterclass "Arranging for Bigband and strings in popmusic" by Chris Walden.

Her musical works reach from filmmusik, theatermusic, contemporary concert music to popular Rock-/Pop-/Jazzmusic. Her symphonic filmmusik for the experimental Dance shortfilm „Xian-Nu“ was nominated "Best music in a shortfilm" at the PEER-RABEN-MUSIC-AWARD 2013.

She works as an orchestrator and arranger for various orchestras and composers, including Bayrischen Filmfoniker, Konstantin Wecker und German Filmmusic-Award winner Nikki Reiser. Katrin teaches "Filmmusic 101" at Filmakademie Baden-Würtemberg, conducts several ensembles at Live concerts and Studio-Recordings, and tours with her German/Bavarian Popmusic project as a Singer and Pianist.

Her musical style is shaped by the combination of different musical styles and genres, and the search for new ways of expressing herself.